Even when you put in butter + milk together in one perfect solution, I’m sure you get mixed reactions and you get any of these statements:

The common reaction you get when you ask, “What does buttermilk taste like?”

These reactions are totally understandable because first off, buttermilk shouldn’t be simply seen as butter + milk combined in one mixture. Producing buttermilk is not as simple as getting a glass of milk and a cup of liquid butter, then combining them to form one chunk of “buttermilk” drink that you can enjoy direct from the glass.So to fill in your curiosities on what buttermilk really tastes like, let us first build the foundations and answer this most basic question:

Buttermilk is the liquid that remains after processing butter, and this process is called “churning.” This type of buttermilk is what we call “traditional buttermilk,” and is common in Southern Asia countries such as India, Nepal and Pakistan. There is also another definition of buttermilk referring to an umbrella term for different fermented milk varieties. When seen with this definition, it is called “cultured buttermilk.” This type of buttermilk is common in temperate countries like Norway, Denmark, Finland, Sweden, Ireland, the Netherlands, Germany, Poland, Slovakia, Slovenia, Croatia, the Czech Republic; as well as in the Balkan areas that include Turkey, Greece, and Albania.

Although both buttermilk types are processed differently, they both exhibit the presence of Lactococcus lactis or Lactobacillus bulgaricus. As both variants of the lactic acid bacteria, this explains the high acidity of buttermilk compared to pasteurized milk, as well as the increased conversion of the milk sugar lactose into other proteins.

Because of buttermilk’s spread and popularity throughout the world, it has established its own local name in many countries’ vocabularies:

How is Buttermilk Made?

Traditional buttermilk is produced through churning of butter. The process goes through three major steps:

1. Full fresh milk is placed in a large bowl or jug and left to sit for some days to give time for the milk and cream to separate.

2. Once separation is complete, cream is taken then churned using a plunger.

3. Once churning is complete, you are able to enjoy two essential cooking and baking ingredients: butter and buttermilk.

Producing cultured buttermilk is more straightforward as lactic acid bacteria (either Lactococcus lactis or Lactobacillus bulgaricus) is added to the milk. All commercially available buttermilk uses this culturing process for manufacturing.

What Are the Benefits of Buttermilk Intake?

By the sounds of it, buttermilk can sound scary when we talk of it on a health-perspective. But fear not! Not only is buttermilk low in fat (0.9 grams only), it’s also low in carbohydrates (4.8 grams), high in protein (3.3 grams) and high in calcium (116 milligrams). Buttermilk also has by far a lower fat content than pasteurized milk. In general, buttermilk tastes tarty—the liquid, smoother-than-yogurt kind, with a mix of sour and slightly bitter aftertaste. This depends on the process of making it, and these days, it highly depends on the brand you’re having.

Here is a video of a group of friends trying buttermilk for the first time. It is not surprising to have this reaction especially when they’ve never tried pure buttermilk either in liquid or solid forms:

But to give you a better eye-view, we are trying different commercial brands to see how they differ in terms of taste. Turns out, there is a huge difference depending on what brand you go for.

Now, let’s do a taste test. We used the following parameters to test out different brands: 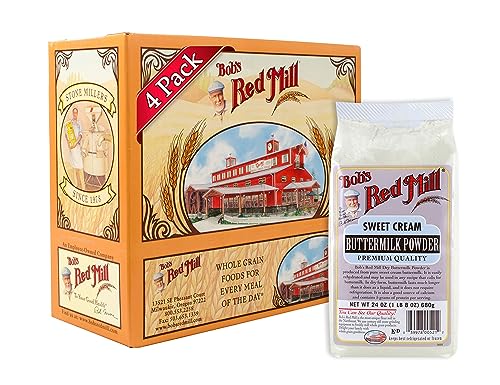 Bob’s Red Mill is popular for its healthy and gluten-free products and has since been a reputable brand given its four decades in the buttermilk business. On the label, it says there is zero sodium, and it has very low calories at 18 calories per 100ml serving. As for the taste, it is smooth and flavorsome; although it has more of its churn, which makes it a bit uncomfortable to drink for first-timers.

Danone is a global brand based in Paris, France. It aims to penetrate not just the European market, but also the American, Asian, African and Pacific markets. While the Danone buttermilk brand has the lowest calories compared to its competitors, its sodium content is quite high at 235 mg. As for taste, it isn’t balanced at all. The solution has a lot of liquid in it, removing the thick texture that makes buttermilk unique. It tastes like yogurt drink with a lot of water added into it.

Just like Danone, Nestlé is a global brand that has been successful in reaching European, American, Asian, African, and Pacific markets. Although successful in many of its products, its buttermilk needs a bit more tweaking: the flavor is unbalanced, and it doesn’t taste naturally fresh. It tastes and smells like yogurt gone bad, so it is not the brand of choice for first-time buttermilk takers. 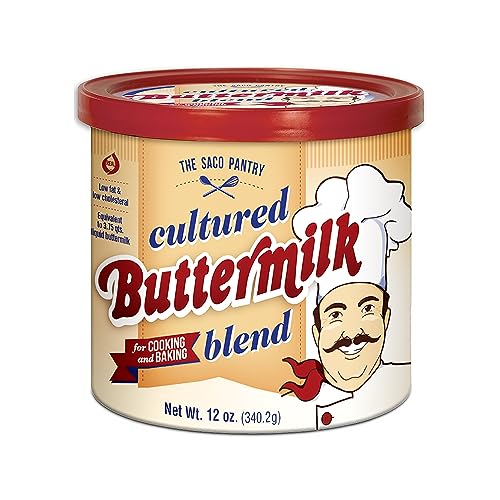 Saco Culture Buttermilk is popular for cooking and those who love the full cream taste. It is very high in calories, making the flavor really full. However, it is a bit unbalanced and the flavor is so overpowering, making you not want to drink beyond two tablespoons. It is like drinking milk with a lot of coconut oil in it, so the experience of taste enjoyment is very short-lived.

The Hoosier buttermilk is one of the least acidic of all brands. It has a friendly balance of flavors and texture, and taking it proves to be an enjoyable experience for first-time buttermilk drinkers. It is also surprisingly very refreshing. It feels like drops of lemon have been placed to make it appealing for all sorts of tastes. The only drawback is its does not last long, so make sure you put it in the fridge and consume within one week.

How is Buttermilk Taste Different from “Normal” Milk?

To give you an idea, here is a photo of a glass of buttermilk and “normal” pasteurized milk placed side-by-side: